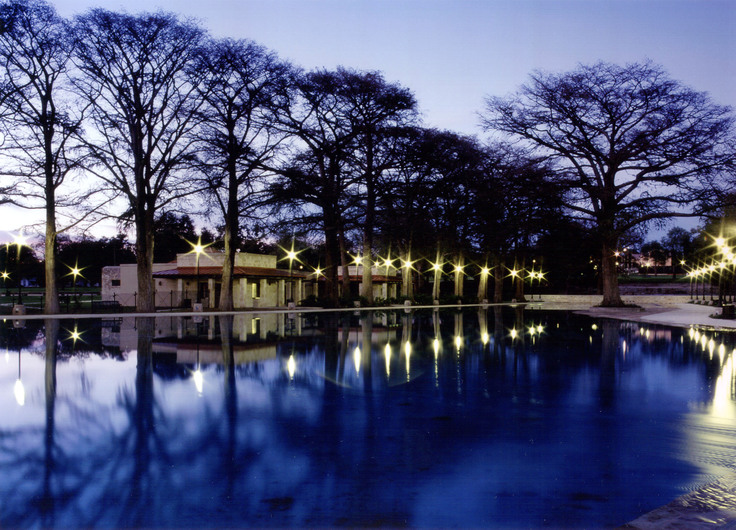 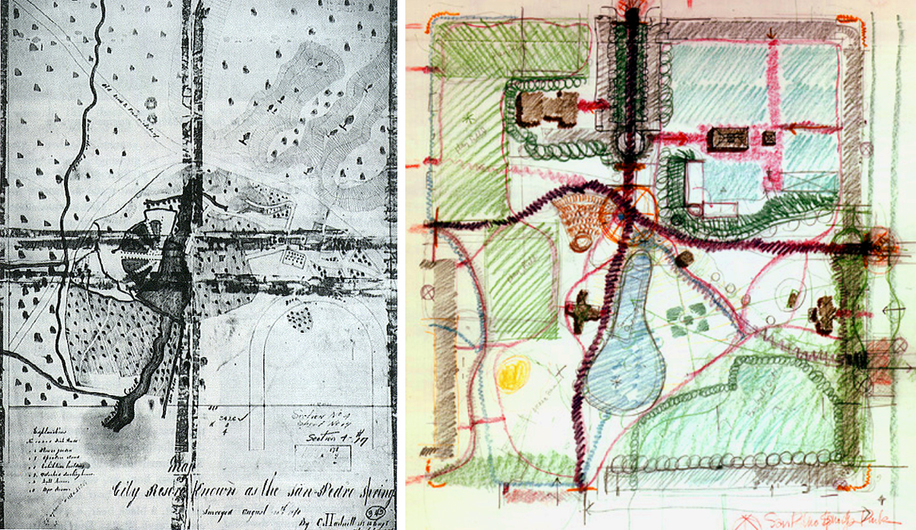 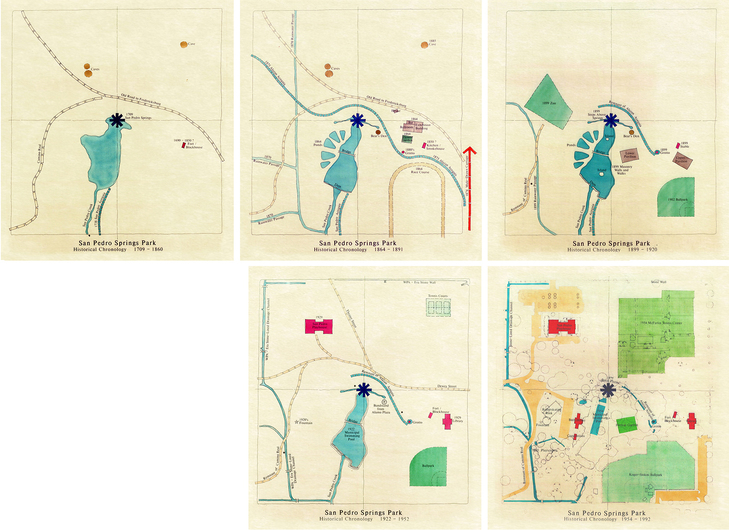 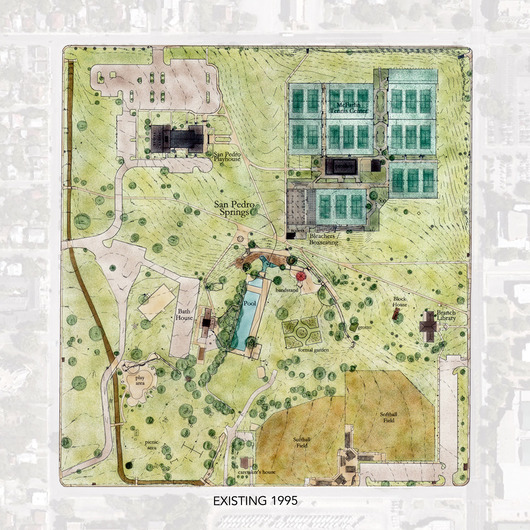 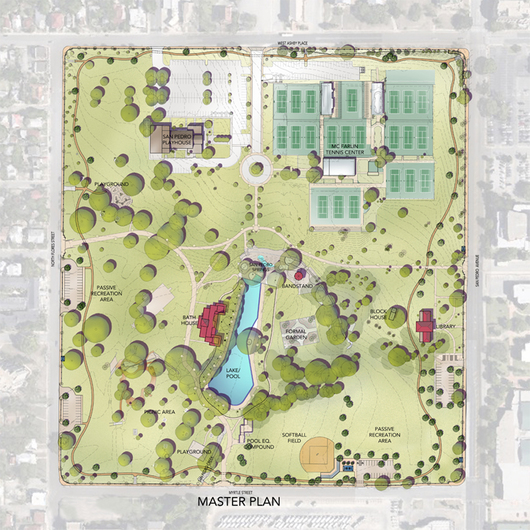 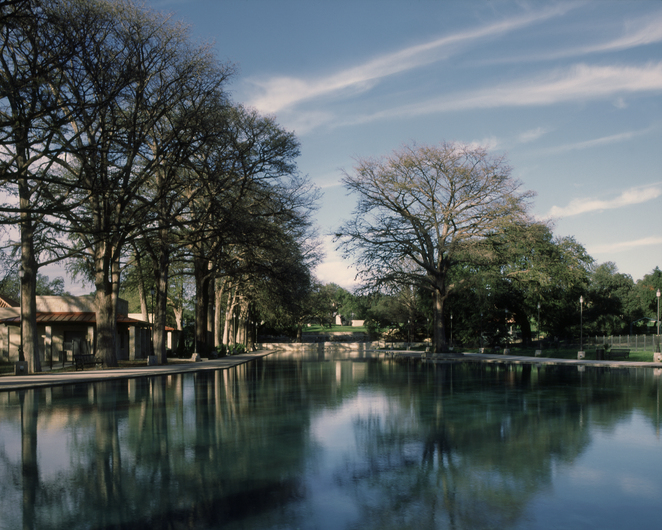 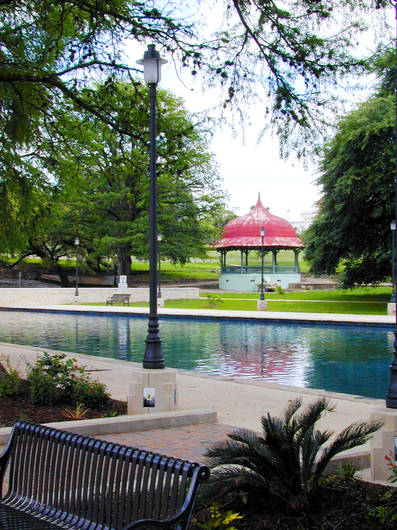 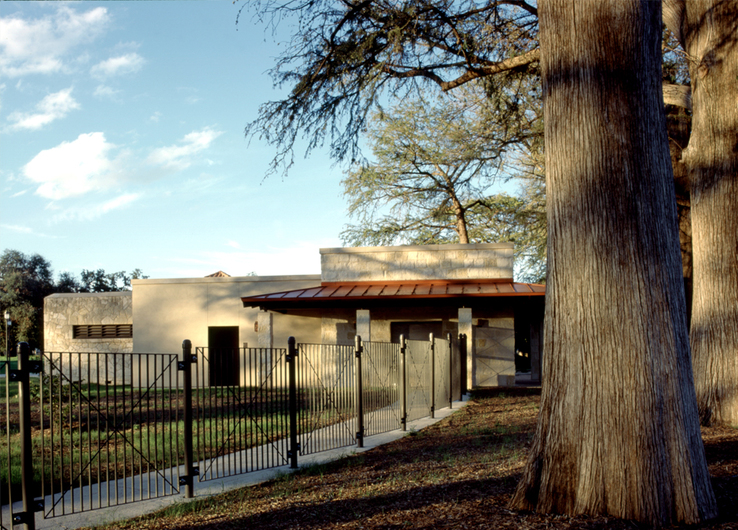 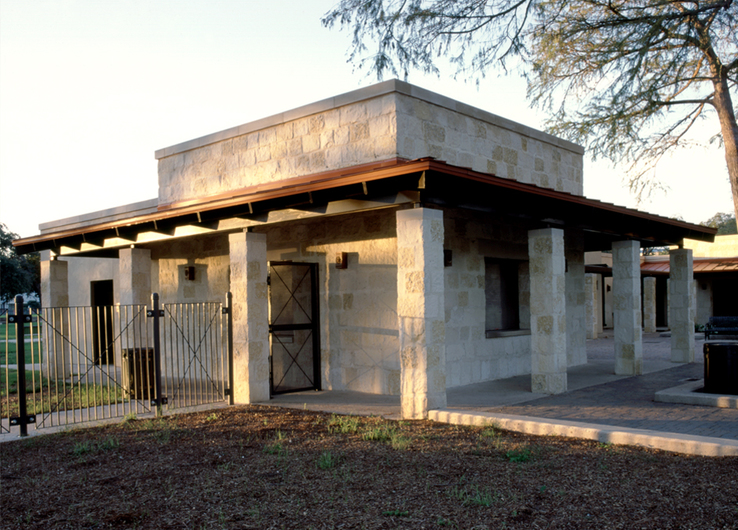 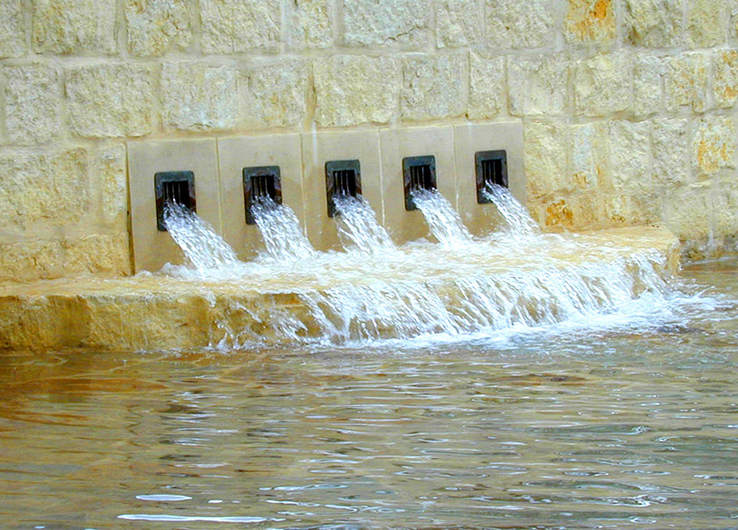 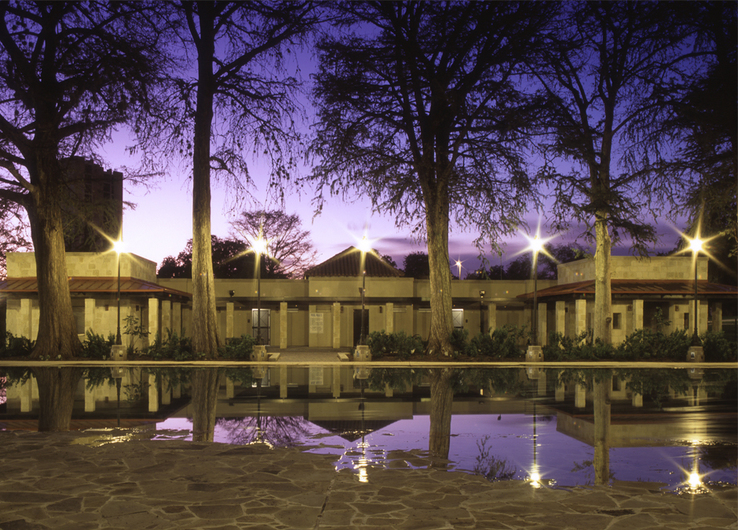 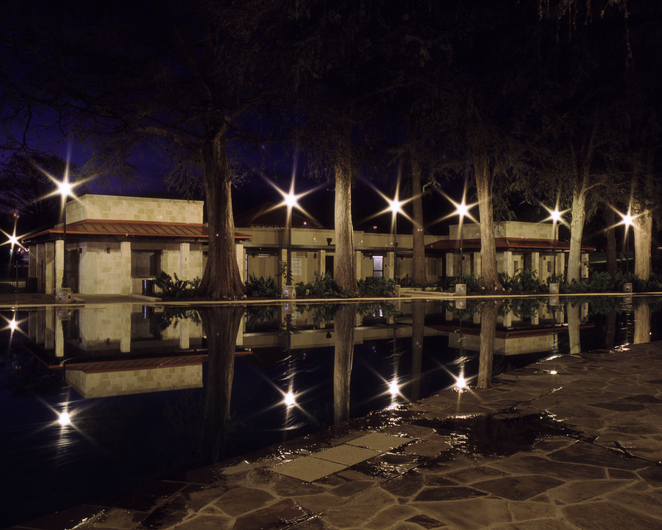 San Pedro Springs Park is a 46-acre municipal park located in the heart of San Antonio. Set aside as public space in 1729 by Spain's King Philip V, this is the second oldest dedicated park land in the United States (only Boston Common is older). Once a showplace during the Victorian era, the park's condition had slowly deteriorated over the last 100 years.

In 1996, a master plan was completed to re-establish the park's cultural, historical, and recreational importance.

With a view to recapturing the essence of the park's original water amenity, the central component of phase I construction is the lake/pool. Through historical research and on-site investigation, the original geometry of the lake (which had been replaced by a conventional swimming pool in the 1950's) was determined. This, in turn, served as the basis for other planning and design decisions. The existing contemporary pool and associated construction was removed and the surrounding site re-contoured into the shape of the original lake. The new lake/pool is designed for swimming in the summer months but also to serve as a lake throughout the rest of the year. The visual clutter of scattered small buildings throughout the site is addressed by removing outbuildings, then restoring and expanding the original central bathhouse structure. 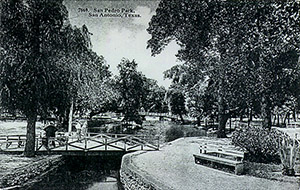 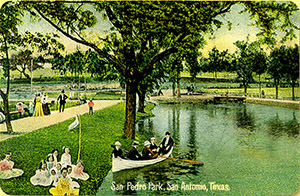